The next day, we were on the road again. This time, we were heading to Kandy; the point that completes the triangle. Another long ride in the van but luckily we were rewarded with a scenic view of Sri Lanka. Though honestly, I slept most of the time. -__-

If you're following a tour or engage a personal tour guide here, chances are they will suggest you to visit the herbal and spice garden. Apparently, many considered this as a tourist trap but we just went with it. We stopped at Surathura Spice & Herbal Garden in Matale, around 25km from Kandy.

I guess it's a cool break from the long ride in the van. 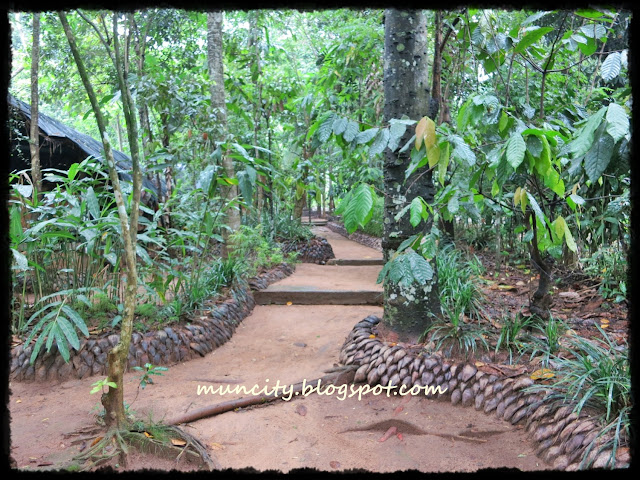 Have you seen the spices you usually use in its natural form? 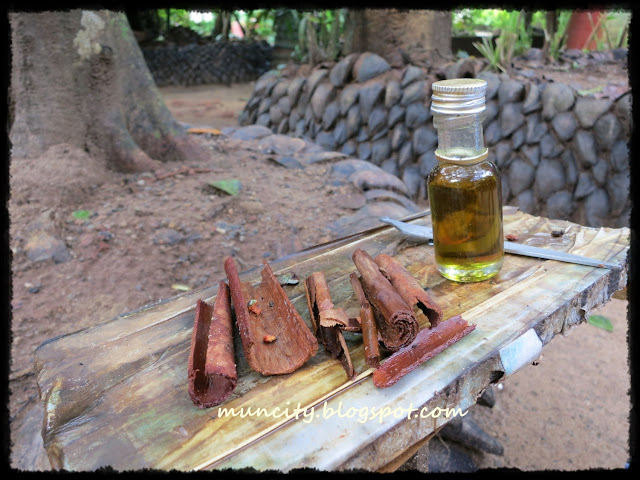 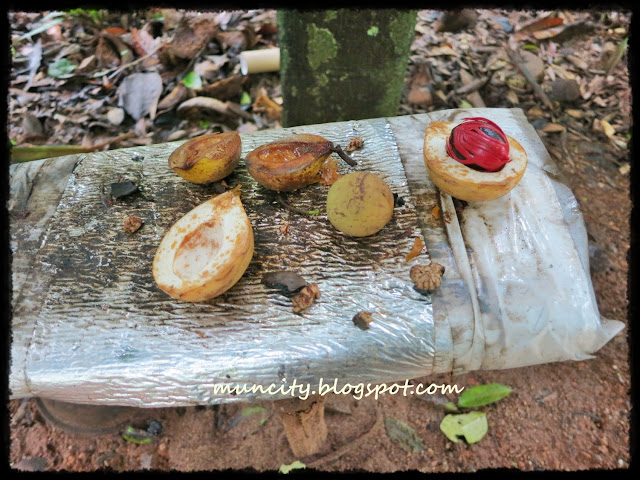 Well at least now I know how the original cinnamon, ginger, nutmeg, saffron and some other spices look like!

The guy from the garden gave us the educational tour around the spice gardens; introducing us to the world of spices and herbs. He explained to us their natural benefits, healing powers and their use in the production of cosmetics. 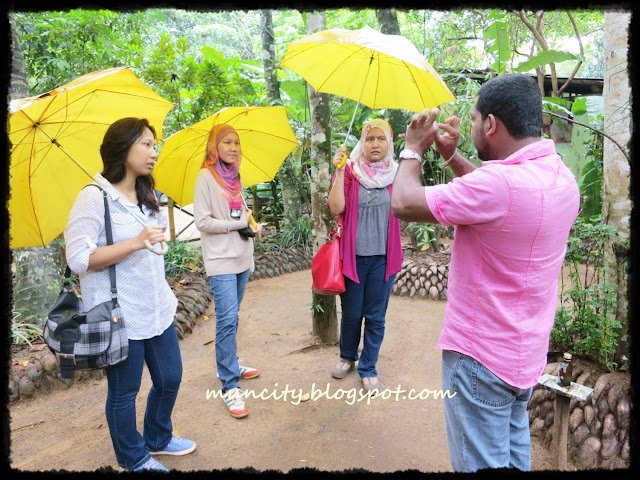 Very interesting I must say.

But a trip to these places wouldn't be complete if they don't promote some items for you to buy. haha... 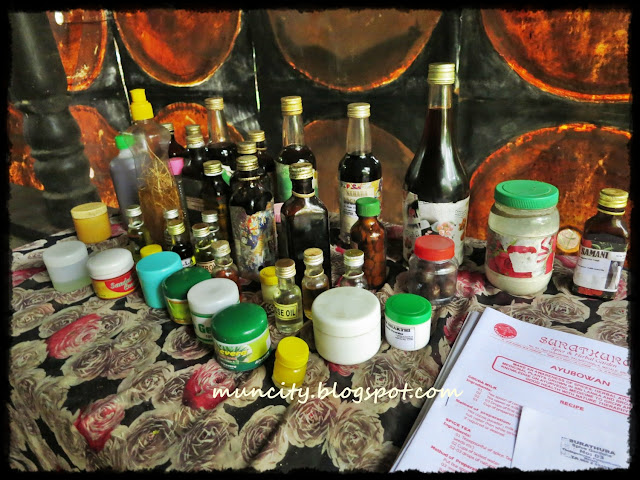 We were impressed with the magic hair removal cream during the demonstration so each of us bought the cream. Just slap on the cream onto the desirable area and leave it for 21 minutes. Afterwards, wipe the area with a piece of cloth and walla!! All the hair are gone!! Don't ask me why 21 minutes.. I don't know why either. The demo was so impressive that we thought of exporting them to Malaysia and start a business. hahaha...

Done shopping, we continued the journey but stopped again shortly after. Another sights in Matale is Sri Muthumariamman Thevasthanam, an imposing Hindu temple. 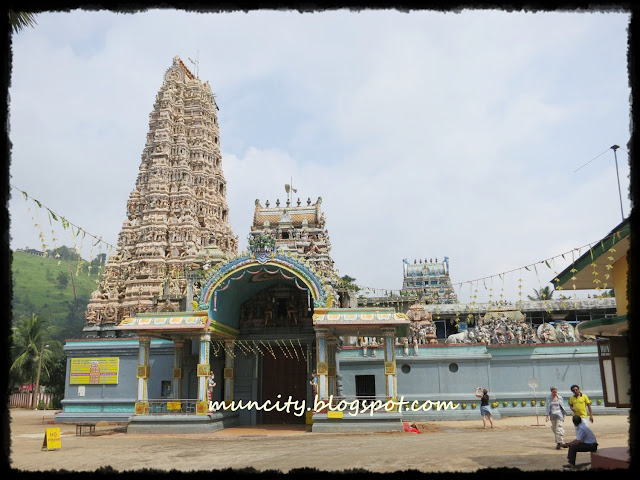 Its outer walls are covered with hundreds of carvings and statues of Hindu characters, gods and deities. 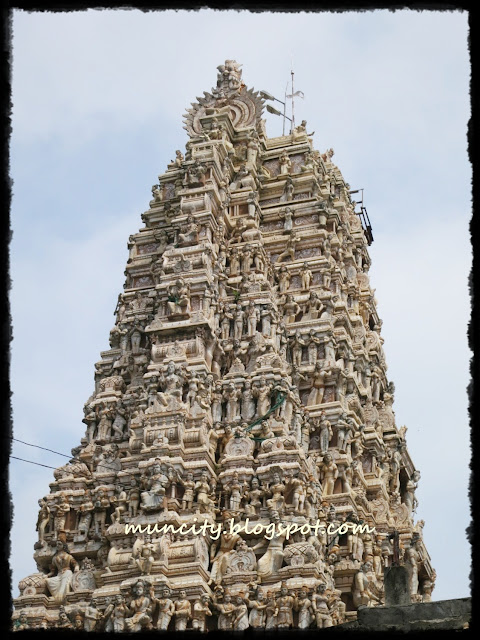 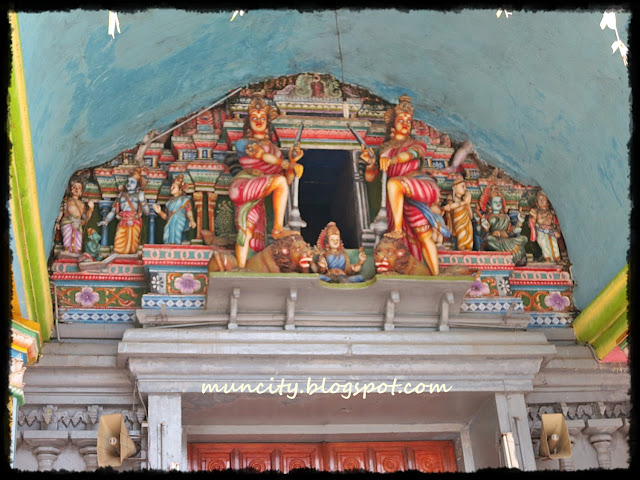 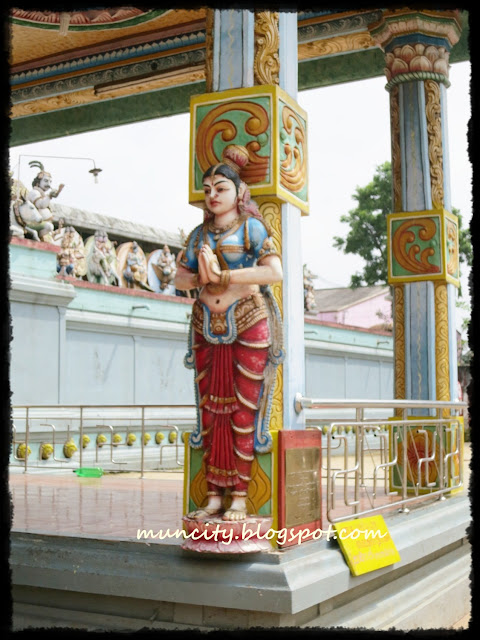 We didn't spend much time here.. Just took some photos and we're back in the van.
Can't wait to reach Kandy cos everybody was hungry already..